The first Canadian-designed Apollo UVC LED system has been proven effective against the SARS-CoV-2 virus that causes COVID-19.
The development has paved the way for rapid, portable decontamination of shared spaces such as medical facilities, long-term care homes, and high-traffic public spaces, all at the flick of a switch. 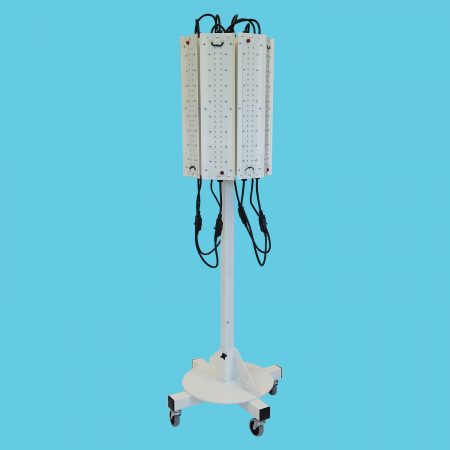 “What we have done is completely shift from a specific product and its applications, to a more refined UVC LED system of different types of products tailored to specific applications,” says Dina Wilson, a marketing specialist with Lind Equipment. “We now not only have the portable Lind UVC LED decontamination light, but we also have a UVC Locker Retrofit, Decontamination unit, a UVC decontamination conveyor and a UVC casino chip cleaner.”
Manufacturers that are utilizing the UVC LED system in their products include Team Eagle’s CleanRide, Crosswing’s Autonomous Cleanbot and a few others that can all be found at: https://www.lindequipment.net/uvc-led-system
But how does LED decontamination work at killing such viruses as SARS and COVID?
“UVC light is a type of ultra violet light from the sun’s rays. UVA and UVB commonly make it through the ozone layer on earth, that’s what causes sunburns,” explains Wilson. “UVC light is actually prevented from entering the earth by the ozone layer. However, we can recreate UVC on earth.” 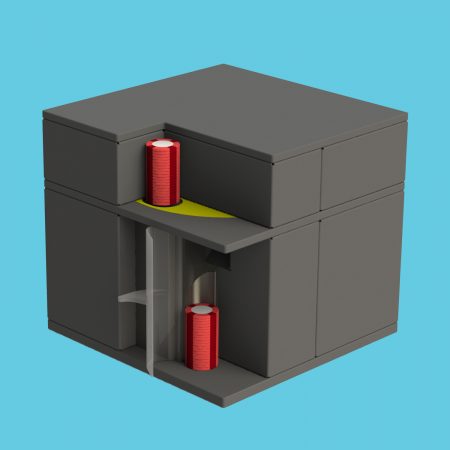 Western University’s ImPaKT lab tested the Markham, Ont., company’s Apollo UVC LED system and found that, at a dose of only 10mJ/cm2, the Apollo UVC LED system killed at least 99.99 per cent of the SARS-CoV-2 virus. The system is already being deployed by the Canadian federal government in their workspaces.
“We are excited to bring rigorous scientific methods to show that this Apollo UVC LED can effectively kill the COVID-19 virus. Use of this product to decontaminate enclosed spaces or surfaces could have an important impact on the pandemic.” said Eric Arts, executive director of Western University’s ImPaKT Lab and Canada Research Chair in HIV Pathogenesis and Viral Control at Western’s Schulich School of Medicine & Dentistry.
ImPaKT is the only facility of its kind in Canada and houses sophisticated imaging technology within CL2+ and CL3 containment labs, providing researchers and industry with the tools to understand how viruses and bacteria behave in different environments.
UVC light penetrates the cells of organisms and kills/deactivates the RNA and DNA makeup of organisms. However, UVC light is dangerous if humans are exposed to it for a period of time, because it will penetrate DNA cells.
“UVC light is used to penetrate the cells within the RNA of viruses and bacteria and renders it inactive and unable to survive,” she says. “With our UVC LED System, you can use the light to shine on a surface, and if there is bacteria, mold, viruses, etc., after receiving a specific dose (10mJ/cm2) the RNA makeup of SARS-CoV-2 will deactivate and die.”
This technology is being used in many Canadian workspaces. Global Affairs Canada is using it to decontaminate elevators, as that is a high-traffic space, and the Locker Decontamination Retrofit Kit in their gyms. 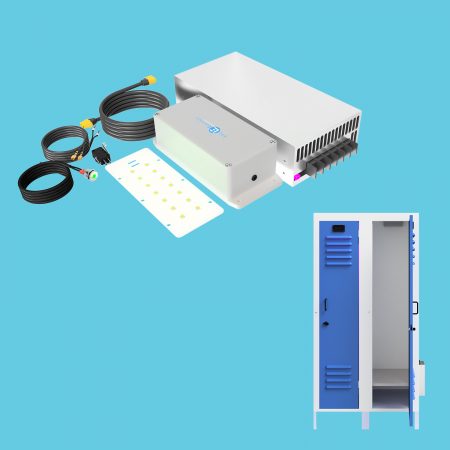 “Our light is being used at the Heartwood Inn, in Alberta to decontaminate rooms; and Crosswing is using our UVC LED lights on their decontamination robot,” she says.
The technology is also being rented out at rental equipment facilities, specifically Herc Rentals in the United States.
The wide range of products is necessary to help specifically target what companies are looking to decontaminate and keep clean.
“If you are looking for a more general space UVC LED decontamination, I would recommend adopting the Portable UVC LED decontamination light,” says Wilson. “It can be mounted in a variety of ways that really depend on the space and where you are trying to decontaminate. Typically, we see people use it on the rolling stand, here you can mount up to 8 Apollo UVC LED lights on a single unit, daisy-chain them together, place the eight lights on the stand in the middle of a room and decontaminate the entire room in 360 degrees.”
One question that pops up is the safety and side effects of new technologies like this.
“UVC technology, LED or bulb, will always have to be handled with caution as it is able to penetrate the RNA and DNA of cells in humans, and microorganisms,” says Wilson. “If a human is exposed to it for a few minutes or longer, it will not cause serious harm to us.”
Print this page