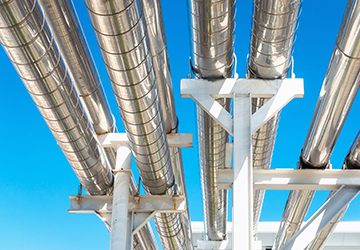 Hankinson Renewable Energy, one of the U.S. Midwest’s largest ethanol plants, after suffering through a drought during much of 2012, was challenged with high prices or feedstock unavailability since much of the corn crop was lost.

Located in Hankinson, ND, the Hankinson plant was designed by ICM Inc., of Colwich, KS. ICM also supplies licenses for more than 100 plants in the U.S.

ICM Inc. supplies process licenses for grain ethanol plants that use advanced process control (APC), which are identified by generation:

The advantages of APC technology could help to make huge improvements at the Hankinson plant.

The Hankinson plant saw control improvements in the following areas.

From an economic benefit perspective, the Hankinson plant experienced the following:

The Hankinson plant is at the generation 1.5 stage, which means it can use add-ons like kernel husks as additional feedstock.

This case study article was contributed by Honeywell. Click here to read or share, along with other case studies. To learn more about how Honeywell’s Asset Management solutions support operational excellence, visit www.honeywellprocess.com/software.