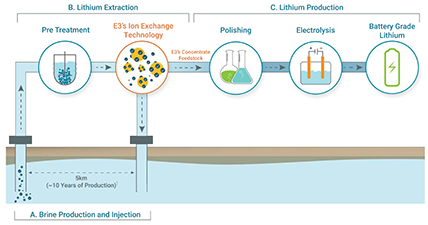 The first set of objectives leading to the pilot plant project was to reproduce and enhance the performance of the initial results of the lithium extraction testing from E3 Metals’ brine. Four recent extraction tests completed on the scaled-up sorbent exceeded previous performance. 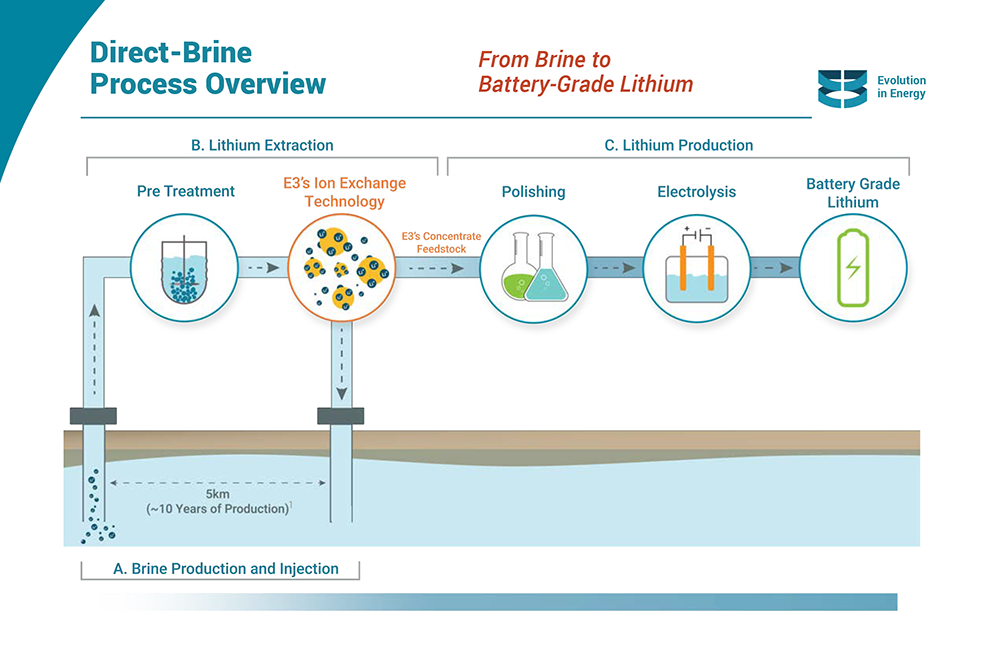 The tests achieved demonstrated lithium recoveries greater than 99%, averaging 90%, and volume reductions up to 20 times while consistently removing 99% of critical metal impurities. The extraction testing produced lithium-enriched brines with up to 1498 mg/L lithium from an original raw brine concentration of 72 mg/L. The average concentration factor across the four tests was 18 times with an average increase in concentration to 1308 mg/L.

This work was conducted at GreenCentre Canada and demonstrated the successful enhancement of the ion-exchange sorbent developed in collaboration with the University of Alberta, funded through Alberta Innovates (see E3 Metals news announcement August 28, 2018).

An important differentiator of this proprietary technology is that it concentrates and purifies Alberta petro-brine feedstock in a single step, producing a highly concentrated lithium feedstock for further purification and refinement into battery-grade lithium products. The technology is also designed to be proficient at processing raw brines at the high brine flow rates that the Leduc Reservoir is capable of delivering.

The next steps planned for the ion-exchange optimization is to test performance at increased concentration factors and repeat cycles. Once the company has successfully demonstrated the performance goals of the ion-exchange material, it will move closer towards the construction of a pilot plant, which will include:

“The increased performance of the ion-exchange material demonstrates that E3 Metals continues to be on the right track with its proprietary technology,” commented E3’s CEO, Chris Doornbos.

“The ion-exchange sorbent, and continual scale-up of this process, is the last key development prior to outlining a full cycle process flow sheet for lab-scale production of lithium hydroxide. While we continue to push for increased performance of the technology, the Company is confident that it is in a position to achieve its goals outlined above.”

The lithium extraction technology under development at our partner’s laboratories represents a small portion of the overall direct brine processing flow sheet E3 intends to pursue. The Company has developed a technology that we believe integrates seamlessly into already commercially available processes, minimizing the overall technology development risk. There is no guarantee these results will have a positive impact on overall project economics.

For more information, E3 Metals has released a new Investor Presentation, available on the Investor tab at www.e3metalscorp.com. This presentation includes further details on technology development and the overall extraction process flow sheet.