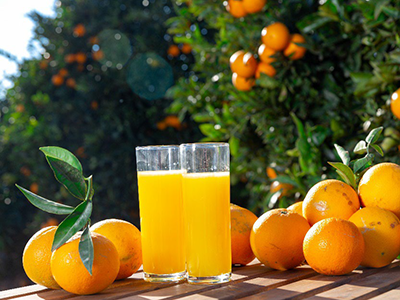 In the drive to improve efficiency, a juice and citrus products producer needed a reliable partner to help determine ways to reduce maintenance costs and deliver high returns.

The competitive and price-sensitive orange juice market demanded that a juice and citrus products producer boost operational efficiency. Due to a recent new contract to produce juice for a major beverage supplier, the producer also had to expand production capacity by adding 40 tanks to an existing plant area.

The expansion also led to eliminating challenges from the current process areas by upgrading 50 of the existing tanks.

For example, the pressure transmitters used to determine tank levels required frequent maintenance and replacement multiple times each season. Cleaning the evaporators before and after a processing season led to hard, fine particles denting and damaging the diaphragm seals in the pressure transmitter, resulting in incorrect level indications.

Cleaning was a challenge also because as teams sprayed down the process equipment, the flow meters’ displays often became flooded and required removal and separate cleaning.

This article is excerpted from a Juice and Citrus Products Processing blog by Yokogawa. Continue reading here.