Futuristic technologies working their way into the marketplace 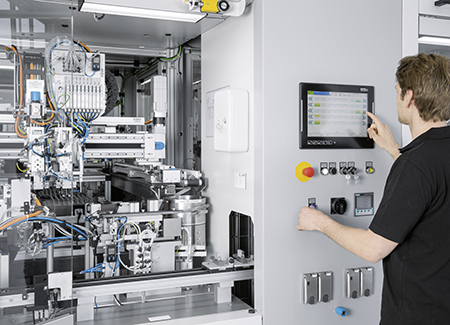 When considering just when Industry 4.0 solutions might affect your business environment, don’t bank on history repeating itself.

The signature innovation of Industry 3.0 – the six-axis robot – made its debut in the 1970s and for the longest time, robotics was mainly for large industrial fabricators with enormous economies of scale. It offered little if anything to small and medium-sized businesses until decades later, when innovations like two- and three-axis high speed Cartesian gantries and parallel kinematic tripods from Festo and others gave a much wider range of businesses access to the productivity of robotics at an affordable price point.

The first PLCs arrived in the same time frame as six-axis robots, but were laborious to program, and only spread to all corners of industry much later when they could be programmed by computer. Today, microprocessor-based PLCs are ubiquitous.

By contrast, Industry 4.0 — the Industrial Internet of things IIoT, Smart Factory or whatever you want to label the future — is largely agnostic about the size of your business or the type of industry. There are multiple entry points and different levels of benefits already, offering something even for businesses not ready to invest in doing deeper analysis of production data with Cloud computing.

Industry 4.0 in its most disruptive form promises to be a catalyst for breaking up unitary, plant-wide production into modular, self-configuring and self-optimizing units. Modularity will leverage the efficiencies of artificial intelligence and allow businesses to establish more intimate relationships with suppliers, customers, even end users.

Businesses of different sizes will be able to compete on a level playing field. Think of a small dairy able to produce batches of new yoghurt or ice cream flavours in varying batch sizes that change, sometimes unexpectedly, as consumers pass judgment with their wallets.

“If you’re looking at a batch perspective in, say, food or biotech pharma,” says Jack Cabral, Process Automation business development manager at Festo Canada, “then machine-to-machine communications can let you break things down to smaller production modules that can reconfigure quickly for product change and make small batches possible, even the proverbial batch of one.” 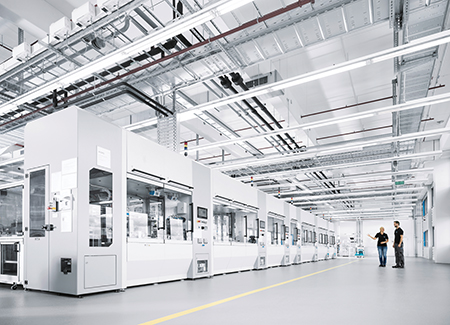 Progress in Industry 4.0 development is coming in waves. “Last year, we really saw a focus on data, how to get the data, how to access the data,” says Ben Hope, responsible for Business Development, Electrical Automation and Industry 4.0 for Festo Canada. “At Festo, we’re now looking at how to implement ‘cyberphysical’ systems – by developing hardware that exists in the physical world but also has virtual componentry to convey that data.”

Global efforts continue to develop standards to avoid a Beta versus VHS videotape conundrum, but there is some safety in the fact that OPC UA, the machine-to-machine communications protocol, is being widely used. “Right now,” says Hope, “we have OPC UA, which a lot of vendors are picking up. It can be put on any device, any PLC, servo controller, a smart valve, and then you can make available any data you want, and the different kinds of devices can read that data. In Europe and some parts of the U.S., they are working to make OPC UA that kind of standard. Right now, it’s the de facto standard.”

In North America, the process automation sector tends to be anywhere from 5 to 7 years behind in adopting new technology, according to Cabral. A lot of what’s being developed will be proven first in factory automation before gaining wide acceptance in the process world. Cyber security is critical, especially for utilities and in oil, gas and chemical production. It’s a need being addressed with an increasing range of products, including new innovations like attack vector recognition using artificial intelligence.

The initial Industry 4.0 uptake in process automation is likely to be putting sensors on machines for performance monitoring, turning them into cyberphysical systems. It also is a prerequisite for further interim strategies, like the implementation of edge computing on the shop floor.

“Developers are working on smart sensors, for detecting flow, leakage, and sending data back,” says Cabral. “So, in terms of the next 12 months, any kind of product that comes on the market is more likely to be sensors of that type that you can accommodate in the water industry or the biotech pharma or the food industry.”

The data they generate can help optimize production and energy efficiency and provide the means for remote monitoring of operations, and when coupled with the right analytical tools, enable a preventive maintenance program to minimize unscheduled downtime.

Festo’s proving ground for Industry 4.0 includes its own manufacturing facilities. At its Scharnhausen Technology Plant near Stuttgart, Germany, commodity valve manufacturing is fully automated and structured on modular principles. The two automated production lines are modular – eight cells per line – and networked together. Each cell, performing a step in the manufacturing process, is set up autonomously. It is possible to convert or extend the cells individually, without much effort. A time slot no longer has to be reserved even for retooling; the system retools itself within the cycle time.

Another example is Festo’s horizontal logistics chain for producing handling systems like gantries. The end user’s engineer inputs his or her job specs using Festo’s Handling Guide Online (HGO). The HGO proposes the ideal robot or gantry, effectively an application optimized solution built from a library of standard components from vendors fully integrated into the Festo supply chain. 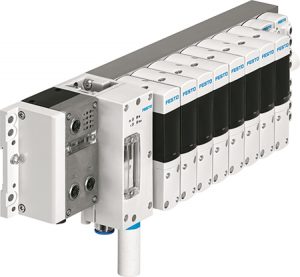 Once the order is placed, Festo can deliver the product, preassembled and pretested, usually within 2 to 3 weeks, and at a lower cost than it would take to make such an application-optimized product otherwise. Festo can even pre-program the unit’s controller to work seamlessly with the end user’s PLC, regardless of the brand, by installing the Festo Motion Control Package – a software function block developed by Festo in Canada.

Three of Festo’s newest products were developed for integration into an Industry 4.0 architecture – the Motion Control Terminal VTEM, Energy efficiency module MSE6-E2M and the CPX-IoT gateway. Each address different entry points and offers benefits for different types of businesses. The VTEM and MSE6-E2M can be employed as standalone systems in conventional (Industry 3.0) setups or provide higher level benefits if linked to the Cloud with a device like the CPX-IoT.

The Festo Motion Control Terminal ushers in the advent of digital, proportional pneumatics run by software, not hardware. Users employ motion apps displayed on a PLC or personal computer (also soon on tablets and smartphones for remote management) to control a multitude of functions without having to modify hardware.

The motion terminal eliminates the need for over 50 mechanical components on the machine that can be part of running a typical pneumatic setup. It makes it possible to build flexibility and proportionality into what has been purely mechanical functions. This flexibility already exists with electrical drives but wasn’t possible with pneumatics. 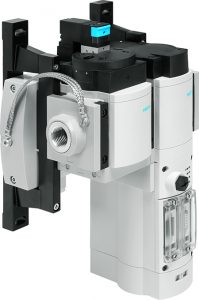 If you had one valve with one function and needed another function, you had to take a screw driver and change the valve. Now, the VTEM will repurpose it electronically. It also can synchronize multiple actuators, perform proportional pressure regulation, monitor energy and process efficiency and provide complex control solutions, such as Soft Stop, which dispenses with the need for end cushioning.

The rollout of the VTEM is likely to inspire new machine designs to take advantage of its innovations. “I think it’s something that is going to change how automation is designed, and open up doors for new kinds of machines,” says Hope. “That’s going to take a while; it has to get into people’s minds.”

The award-winning MSE6-E2M Energy Efficiency Module is a completely new, intelligent combination of service units, sensors and fieldbus technology. It automatically monitors and regulates energy usage and detects air leakage. If the E2M detects a machine on standby status on the basis of predetermined data, it completely shuts down the compressed air supply automatically – similar to energy-saving start-stop systems in cars. When the air supply is shut down, the E2M checks the system pressure for leaks.

Rapidly dropping pressure behind the E2M indicates excessive leakage. A notification is then sent to the system operator. The E2M is monitoring, diagnosing and notifying maintenance teams online based on actual pressure, flow rate and consumption data. This provides operators with a better understanding of usage that could help recognize problems at a much earlier stage. 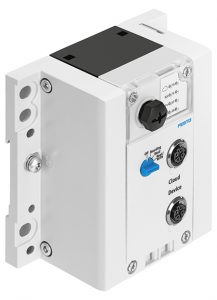 Festo’s IoT gateway CPX-IoT connects components and modules from the field level, such as the motion terminal, energy efficiency module or handling systems, to the Festo Cloud via their OPC UA interface. This enables trend analyses to be conducted and early warning systems to provide automatic notifications in the event of incidents or developing problems.

Preconfigured digital dashboards can be maintained for each Festo component, covering operational areas such as energy monitoring, preventive maintenance as well as performance figures for process and machine function improvement. The condition monitoring solution improves error diagnostics and fault identification and creates transparency about energy consumption.

Find out more about these products at Festo Canada.