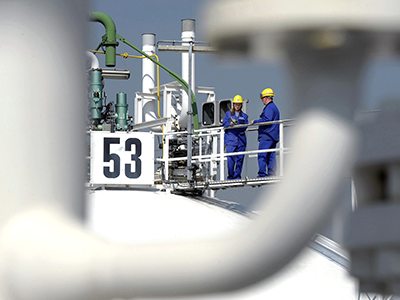 At BASF’s central fuel storage site in Ludwigshafen, 68 tanks ensure that liquid production materials, such as methanol and naphtha, are stored safely and efficiently. A total of 212,000 m³ of liquids and almost 40,000 m³ of gases liquefied under pressure are stored there.

The political will to decarbonize energy-intensive industries is there, the funding is there and, increasingly, the rhetoric of multinational chemicals producer executives is there. The chemicals sector has traditionally had a difficult time with facing the public, with a campaign by European trade group Cefic in the early 2010s for the sector to become more open and transparent quickly forgotten.

Largely upstream of the industries that the public is aware of, the sector has had little need to present a public face, and the several scandals that tend to emerge every decade, such as the DuPont/Chemours US water contamination lawsuit, encourage a low profile.

The level of attention given to plastic waste and the circular economy has centred the spotlight more firmly on the sector, and large firms seem to be becoming more comfortable with a higher public profile, and the potential for chemicals producers to be perceived as a positive force.

Firms like Germany’s major BASF are also using the ambivalent-to-positive public attention to advocate for support for the sector to help with the dual pressures to decarbonize and to carry out the most radical reworking of production processes since the invention of steam crackers.

Once In A Century Shift

The extent that sustainability issues are dominating the agenda for management boards at present was exemplified by BASF’s recent capital markets day, which was overwhelmingly devoted to the company’s decarbonization plans. 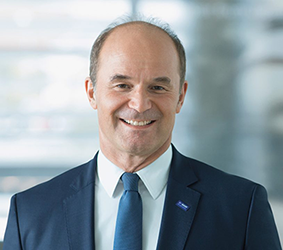 BASF CEO Martin Brudermuller termed the current transition a “once in a century” shift for the sector and called upon governments to provide financial support for companies to develop and scale the technologies that will allow the sector to decarbonize.

The Germany-based producer has committed to cut its emissions by 60%, compared to 1990 levels, by 2030 but the chemicals production process is a difficult one to decarbonize – steam cracking is not easy to achieve via hydrogen or electricity power.

Related
Plants replace plastics in Lego bricks
Report: Flexibility and resilience are critical for energy and sustainability success
Combustible Dusts: What you need to know in Canada
Advantages of high solids liquid biofertilizers