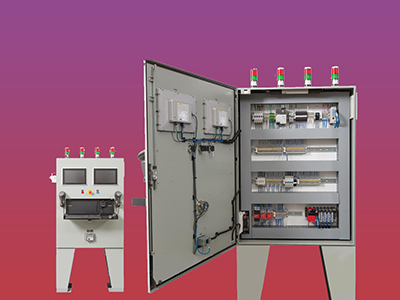 The process control system upgrade was made without any interference to planned production across three plants in three cities.

When the PC-based controls on grease metering and monitoring systems began showing their age, a leading semi-trailer manufacturer knew it was time for a change. Every time the control system failed, the operators would have to get in there with a manual grease gun and flow meter and pump the grease out of a barrel.

Then, they’d have to fill out traceability and quality control forms the old-fashioned way — with pen and paper. This opened the door to human error.

The company upgraded its process control system without any interference to planned production across three plants in three cities.

The manufacturer’s legacy control system had begun to fail too often, leading to costly downtime and the need for several manual repair tasks and paperwork. In addition, the person who had developed the PC-based system was no longer with the company and no one else knew how to maintain it.

Ready to upgrade to a more modern PLC system, the manufacturer relied on its long-time Mitsubishi Electric distributor, Tri-Phase Automation.

The distributor brought in ACS, a “hands-on to hand-over” systems integrator, who engineered the main Mitsubishi Electric PLC systems, as well as the Manufacturing Execution System (MES) PLC system, to the manufacturer’s unique needs. 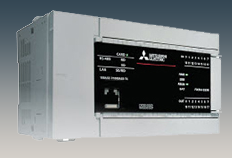 A leading semi-trailer manufacturer specified Mitsubishi Electric PLCs because of the high performance to cost ratio and ease of use.

The new Mitsubishi Electric PLC systems not only delivered more advanced automation, but also resulted in a faster, more powerful, and user-friendly database; ensured HMI functionality identical to the previous system to make the transition as seamless as possible; and integrated controls with existing instrumentation and mechanical systems.

With Mitsubishi Electric PLCs, the manufacturer greatly reduced unexpected downtime and eliminated many manual tasks and paperwork, which were vulnerable to human error. The system also automated data capture with a built-in barcode scanner to boost productivity.

ACS reports, “The new control systems have been problem-free and doing exactly what they wanted it to do. Their top-of-the-line Mitsubishi Electric PLCs are known for industry-leading reliability and uptime and have performed as expected, delivering consistent product quality and data capture across all three plants.”