The Great I/O Migration: How to justify risk and expense to management 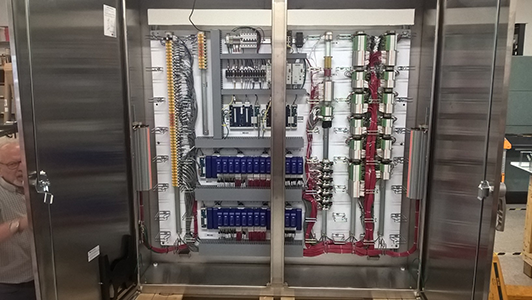 Fortunately, there are products and services designed to assist in modernizing I/O systems while minimizing downtime.

Many processors, even those with modern distributed control systems (DCS), a system of sensors, controllers, and associated computers that are distributed throughout a plant, continue to operate with outdated input/output (I/O) components.

I/O transfer information between computer main memory and the outside world. Despite its long-term contribution to operations, I/O is one of the most significant investments in an automation upgrade. Justifying the risk and expense of I/O upgrades to management is a challenge, and often, it is easier for processors to delay upgrades year after year.

“While a phased approach to migrating from older systems to newer technology is preferred, we find it is often difficult for processors to determine just when and how to make the switch to modernized I/O,” says Mike Davis, process product manager for NovaTech Automation, a Quakertown, PA-based automation provider.

“Some of the old systems are still reliable and that is a major part of the problem. Engineers want the latest and greatest, but it can be hard to justify the costs.”

According to Davis, the decision to modernize should be based on whether a processor can continue to operate reliably and safely with the existing system. Key considerations include whether spare or replacement parts are still available, whether system performance issues are beginning to appear, and the availability of training and support required to keep legacy systems and subsystems running. The impact and cost of an unexpected shutdown should also be considered.

“Many process manufacturers come to us with I/O, controllers and other components that are 30 to 40 years old,” explains Davis. “As I/O ages, there can be increasing risks. For a plant of any scale running at or near capacity, taking down processing lines for any amount of time can be extremely expensive in terms of lost production and business impact.” 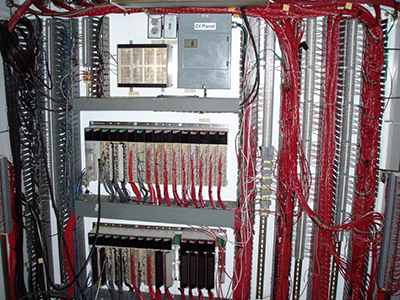 To replace older systems installed in the ‘80s and ‘90s, NovaTech provides conversion utilities for its 16000 I/O series and manual conversion for other I/O types.

However, the challenge in migrating I/O is that there is not just one solution. Different approaches and even custom solutions are required depending on the type of I/O being replaced. Fortunately, there are products and services designed to assist in modernizing I/O systems while minimizing downtime.

An I/O migration typically begins by upgrading to the latest version of the existing DCS system, if needed, which serves as the hub of a processor’s operations monitoring key variables such as flow, applied temperatures, pressure, level, and material conveying/handling.

A detailed site survey is critical to determine the scope of the upgrade:

To modernize I/O on its D/3 DCS, NovaTech typically installs 8000 I/O, a highly reliable I/O system with a full range of module options. Within each 8000 Series node, up to 64 I/O modules can be supported, with 4 to 32 channels per module.

The 8000 Series has fully integrated configuration, status display, and diagnostics with NovaTech’s D/3 DCS to facilitate greater automation with better diagnostics, troubleshooting, and asset management capability. With this combination, operators can remotely drill down to the controller or I/O card without having to go into the field.

First introduced in 2006, NovaTech continues to upgrade the 8000 series, including a redesign for RoHS compliance and product enhancements, including:

To increase reliability, redundancy is built into the I/O system design. The 8000 Series features dual redundant Ethernet communications and an optional 1:6 module redundancy scheme that backs up individual I/O modules for increased reliability. In the event of an issue or anomaly, the system can switch to a backup module on the carrier. The EBIMs also provide dual redundant communications between the PCM and 8000 I/O modules for high system availability.

For a complete I/O upgrade to be successful, Davis says it is invaluable first to conduct a site survey. Time spent upfront to determine the scope of the upgrade will pay off by ensuring the installation is performed expeditiously and properly. This can include determining if the communication controllers also need to be replaced, the state of the wiring, the electrical requirements, and available footprint/cabinet space.

There are advantages to having the complete system assembled, wired, and tested in a cabinet or on a mounting plate before it is shipped to speed up the installation.

Depending on the size of the existing cabinet (in a retrofit) or the available footprint for a new cabinet, the I/O system components can be mounted and connected in multiple configurations on the DIN rail. EBIMs in their carrier are connected to I/O carriers directly or through cables, in horizontal and/or vertical configurations to a maximum railbus length of 21 ft.

“We do similar cabinet designs each time, but there is always something different to consider at every site, in every cabinet, that is unique. The flexibility in connecting and mounting the components allows us to accommodate various size cabinets or small footprints and a pre-assembled, pre-wired cabinet can be installed quickly during a planned shutdown,” says Davis.

NovaTech can custom design and install components on mounting panels if a cabinet is not required.

“Usually, the shutdown needs to be as short as possible, so having everything ready and tested and the software configurations completed as much as possible ahead of time is a major contributor to a successful migration,” says Davis.

I/O hardware obsolescence is a problem that even manufacturer’s like NovaTech face.

“As a supplier, we are finding it harder to continue to support the older legacy I/O, both from a hardware and software standpoint. That is why we continue to invest in developing native I/O systems like the 8000 Series that work with our D/3 DCS system and Ethernet, while moving away from non-Ethernet protocols,” says Davis.

In fact, NovaTech invested considerable time and money to develop a new CPU for its 4000 series PCM process controllers, because the original motherboard was no longer available. The company also developed a next-generation controller, the PCM5, which provides integral secure boot and firewall, allowlisting, and other cybersecurity features.

To replace older systems installed in the ‘80s and ‘90s, NovaTech provides conversion utilities for its 16000 I/O series and manual conversion for other I/O types.

“In 1982, the 16000 I/O was introduced and over time was re-engineered and improved. In 2013, 31 years after its introduction, NovaTech entered ‘repair and replace status’ for the 16000 I/O because some of the parts could no longer be manufactured. You can manufacture a PC board, but many of the chips and other components that go on it just are not available anymore,” notes Davis. 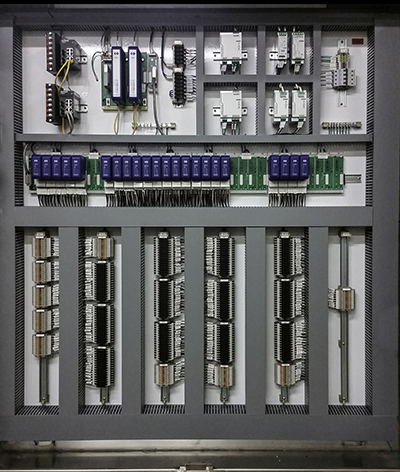 NovaTech has also developed conversions for the TI/Simatic 505, Modicon 200, and Allen-Bradley I/O to the 8000 series.

The 8000 Series can replace the 16000 Series in existing PCM cabinets, using existing field wiring connected to new termination panels with existing connectors. It can also replace the Quantum I/O first integrated with the D/3 by NovaTech in 1994, which is no longer supported by its manufacturer due to component obsolescence.

NovaTech has also developed conversions for the TI/Simatic 505, Modicon 200, and Allen-Bradley I/O to the 8000 series.

“Running to fail is not a long-term solution,” says Davis. “Recycling and refurbishing old parts or turning to eBay is not a sustainable strategy.”

For processors that want to understand their obsolescence risk and prioritize modernization needs and goals, a life cycle analysis is recommended to assess the equipment, spare parts, and software inventory.

Because no two control systems are alike, each upgrade also presents unique circumstances that prevent utilizing a cookie-cutter approach in the preliminary engineering and quoting process. For this reason, partnering with an automation expert is highly advised.

“Processing companies need to perform a thorough assessment of their control system, with an automation expert that can make recommendations on which equipment should be upgraded first. Having a concise plan and roll-out schedule is essential to a successful modernization effort because it is a big project,” says Davis.

Since in migrating I/O there are a variety of different approaches and even custom solutions available, depending on the type of I/O that is being upgraded, it’s important to work with a partner and develop an effective plan to minimize downtime and maximize the life span of the system.

This article was contributed by NovaTech Automation.