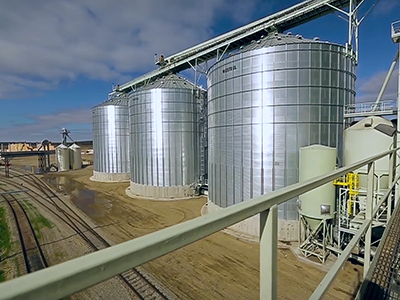 The Ceres Global plant in Northgate, Saskatchewan is strategically located close to the U.S. border with rail access.

The facility is expected to be operational by summer 2024 and is expected to result in the creation of over 50 full time jobs in Saskatchewan, which is the largest canola producing province in Canada.

“This is an exciting time for Ceres Global as we position ourselves to take advantage of the unprecedented demand for oilseed crush in North America,” said Robert Day, president and CEO at Ceres Global Ag.

“While there are multiple drivers contributing to this demand, the most important is the movement towards green energy and the need for vegetable oil as feedstock for the production of renewable diesel. We have been analyzing canola crush at Northgate for several years as its location along the Canada-U.S. border is ideally located to originate canola seed from our farmer partners, and with a direct connection to BNSF Railway, it provides the most efficient access to the U.S. market and U.S. ports.