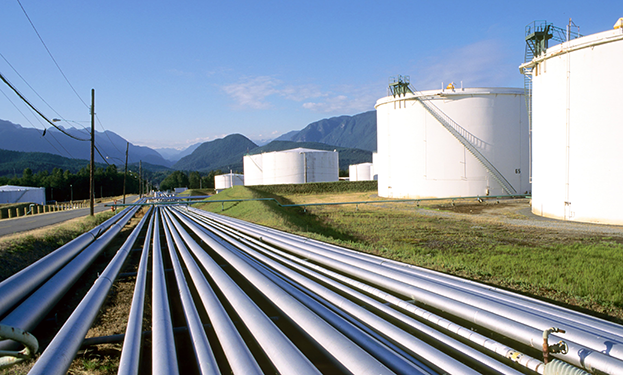 A new pilot project in Port Moody, BC, to produce zero-carbon hydrogen from natural gas has been announced as a partnership between FortisBC Energy Inc., Suncor Energy, and Hazer Group Ltd.

Said to use an innovative methane pyrolysis technology for the first time in North America, the project, located at Suncor’s Burrard Terminal site, would produce hydrogen while storing the carbon by-product as solid synthetic graphite that can be sold on the open market for manufacturing or industrial use.

If the pilot continues as a full commercial build out, the project would be expected to produce up to 2,500 tonnes of hydrogen per year.

This equates to roughly 300,000 gigajoules of clean-burning gas energy that can replace the equivalent annual natural gas usage of approximately 3,300 B.C. households.

“FortisBC is transforming BC’s energy future,” according to Roger Dall’Antonia, president and CEO of FortisBC. “While we are in the early stages of an exciting energy transformation with this hydrogen project, innovative partnerships like this will help accelerate that change.

“Renewable and low carbon gases, like hydrogen, are instrumental in reducing greenhouse gas emissions effectively and affordably while ensuring we have a resilient and diversified energy system for British Columbians.”

Hydrogen is a unique gas energy source as it produces no carbon dioxide when burned. It can be produced in several ways, including through electrolysis (separating hydrogen from water using electricity) or through separating it from natural gas.

Hydrogen generated from natural gas with the carbon by-product being captured as solid carbon is referred to as “turquoise” hydrogen and has far lower and more easily managed lifecycle greenhouse gas emissions associated with it.

“Innovative technologies such as the Hazer Process offer enormous potential to create new economic opportunities while supporting the de-carbonization objectives of FortisBC and the province,” said Geoff Ward, CEO and managing director of Hazer Group.

“We are delighted to work with FortisBC, Suncor and the government of B.C. on this innovative project which will be a world-leading example of the application of methane pyrolysis.”

The project is being funded directly from the partner companies and by the provincial government’s CleanBC Industry Fund. The fund supports projects that can advance innovative solutions for industry greenhouse gas emissions, like renewable and low carbon gases.

“Hydrogen is critical to our transition to a cleaner, low-carbon energy system. We are supporting innovation like the Hazer Process with B.C. Hydrogen Strategy and CleanBC,” said Bruce Ralston, Minister of Energy, Mines and Low Carbon Innovation. “The Hazer Process is helping us achieve our climate goals.”

The addition of hydrogen to FortisBC’s renewable and low carbon gas supply is critical to the company’s ongoing efforts to decarbonize the gas system. Ongoing research is being conducted, both through this project and in conjunction with the University of British Columbia-Okanagan, on how to blend hydrogen into the existing gas infrastructure.

A recent study commissioned by the provincial government, FortisBC and the BC Bioenergy Network found that the potential for hydrogen production in the province could exceed 200 petajoules by 2050 — roughly enough gas to completely replace current natural gas volumes.

“Hydrogen has the potential be a significant part of the future energy mix and is a key part of Suncor’s strategy to be a net zero GHG emissions company by 2050,” said Kris Smith, executive VP Downstream, Suncor.

“We appreciate the B.C. government’s support for the development work on this project. And we look forward to continuing to work together on this project that, if sanctioned, will bring low carbon intensity hydrogen supply to the Greater Vancouver Area.”

The first phase of the project is now underway including front-end engineering, design studies and permitting applications. By the end of 2023, a prototype version of the Hazer hydrogen reactor is expected to be constructed onsite at the Burrard location for testing.