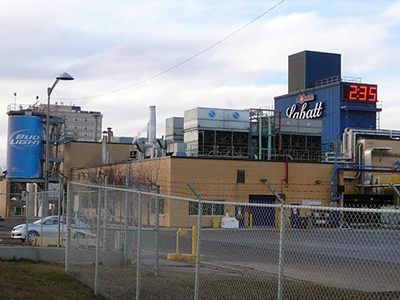 Labatt Breweries of Canada is investing in Alberta’s economy and creating jobs with a $119 million capital program with $69.2 million going directly into Labatt’s Edmonton brewery to expand production capacity and capability.  The Edmonton brewery investment will support new technology, equipment, product lines and upgrades to the brewhouse and control room.

The investment will also fund 30,000 square feet of new warehouse space and a 30,000 square-foot ready-to-drink building to support expanded brewing type and capacity.

Built in 1963, Labatt’s Edmonton brewery has undergone four major capital investment programs since 2015. Today, the location employs more than 190 people. In addition to capital investments, Labatt has supported Alberta communities through its Disaster Relief Program, delivering canned drinking water during the Calgary floods and Fort McMurray wildfires. This past year, the Edmonton brewery was one of many Labatt breweries across Canada that shifted production to make hand sanitizer in support of partners at local restaurants and Food Banks.

These investments are part of an ongoing provincewide capital investment totaling $119 million over 2019-2022 that will also support operations beyond the brewery.

The investment in warehouse expansion, a new ready-to-drink building, equipment and training addresses the burgeoning demand for ready-to-drink beverages, which represents 30 per cent of beverage alcohol category growth.

This means ready-to-drink brands like Mike’s Hard Lemonade, Palm Bay, Okanagan Cider, American Vintage and in the near future, NUTRL Vodka Soda, will be produced locally in Edmonton along with other leading beer brands like Budweiser and Bud Light.

Labatt has a more than 170-year history of substantial investments in its brewing operations and in supporting national, provincial, and local economies across Canada.