Snow Lake Lithium has signed a non-binding Memorandum of Understanding with LG Energy Solution as a next step towards building the domestic supply chain for the North American electric vehicle market.

Snow Lake Lithium and LGES will collaborate to explore the opportunity to create one of Canada’s first lithium hydroxide processing plants at CentrePort in Winnipeg. Under the terms of the MOU, Snow Lake Lithium will supply LGES with lithium over a 10-year period once production starts in 2025.

Philip Gross (above), CEO Snow Lake Lithium said, “Both Snow Lake Lithium and LG Energy Solution recognize the importance of local sourcing of critical raw materials, such as lithium, and that this is the logical step for battery and electric vehicle manufacturers.

“Our all-electric lithium mine in Snow Lake Manitoba will power 5 million electric vehicles over the next 10 years, helping to secure the future of the North American automobile market.”

A scoping study, in partnership with Primero, is already underway to identify the technologies, innovations and skills required to deliver a world-class lithium hydroxide plant within Manitoba.

Snow Lake Lithium is located to serve the North American automotive industry with access to the U.S. rail network via the Artic Gateway railway, which reduces transportation from thousands of miles by road and boat to just several hundred by train. 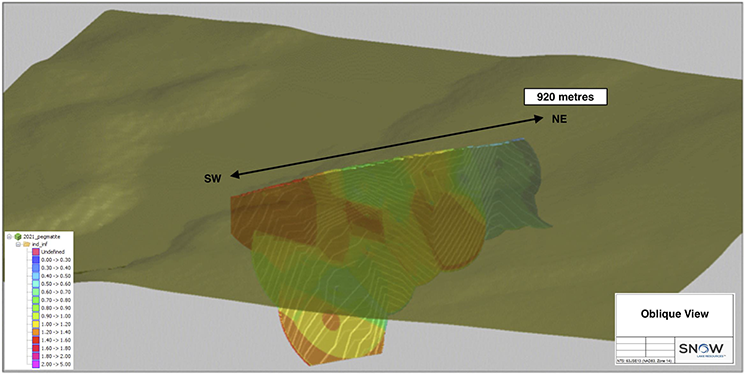 Snow Lake Lithium’s 55,000-acre site is expected to produce 160,000 tonnes of 6 percent lithium spodumene a year over a 10-year period, enough to power 5 million electric vehicles. Currently, Snow Lake Lithium has explored approximately 1 percent of its site and is confident that further exploration will increase estimates over the course of the next year.

The company’s planned mine will be operated by almost 100 percent renewable hydroelectric power to ensure the most sustainable lithium manufacturing approach.

Over the coming months, Snow Lake Lithium will continue its engineering evaluation and drilling programme across its site, with the expectation that mining operations, will transition to commercial production targeted for 2025.