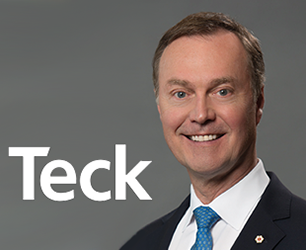 Teck Resources of Vancouver has announced a long-term rail agreement for shipping of steelmaking coal from Teck’s four B.C. operations between Kamloops and Neptune Terminals, and other west coast ports.

The agreement runs from April 2021 to December 2026 and will enable Teck to significantly increase shipment volumes through an expanded Neptune Terminals, the company says. The agreement also provides for investments by CN of more than $125 million to enhance rail infrastructure and support increased shipment volumes to Neptune.

“This agreement and the associated infrastructure investment will provide us with rail capacity to match the major upgrades underway now at Neptune Terminals,” said Don Lindsay, president and CEO of Teck. “We expect this will lower our total transportation costs and improve overall rail and terminal performance.”

“CN is proud to sign this agreement with Teck and to be playing such a significant role in moving the steelmaking coal from Kamloops to the last mile at Neptune Terminals on Vancouver’s north shore,” said JJ Ruest, president and CEO of CN. “This significant volume commitment from Teck is further proof of CN’s ability to serve our customers into Canada’s trade gateway on the west coast. This agreement also further enhances CN’s role as a supply chain enabler for Teck’s shipments into Neptune Terminals.”

With this new agreement in place Teck and CN are committed to working together to move significant volumes of steelmaking coal to markets safely and efficiently.