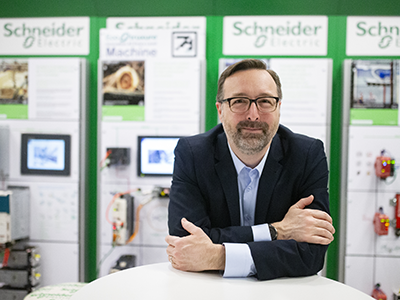 Schneider Electric Canada of Mississauga, ON, together with the France Canada Chamber of Commerce Ontario (FCCCO) have announced Adrian Thomas as the newly elected president of the European Union Chamber of Commerce in Canada (EUCCAN). Thomas, who currently serves as the country president of Schneider Electric Canada is entrusted with continuing the growth of EUCCAN by reinforcing transatlantic cooperation between the European and Canadian business communities.

According to Thomas, “the EU and Canada both have an important role to play on the international stage and are uniquely positioned to drive this change with sustainability and innovation at the helm. I look forward to our collaboration as we strive to further strengthen relations between Canada and Europe.”

Thomas brings over 20-years of experience in the electrical and automation industry in North America. He joined Schneider Electric Canada in 2016 as the leader of the building segment, and has since held multiple leadership roles before his appointment to Canada country president in 2020.