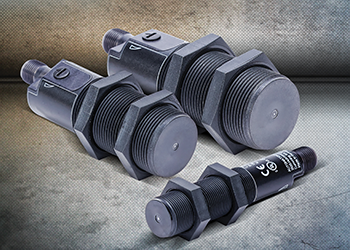 Operating voltages are 10 to 30 Vdc; shielded and unshielded versions and NO or NC units are available. Existing capacitive sensors have a pushbutton teach function. T

The 30 mm DC-powered CT2 series capacitive sensors have metal (IP65 rated) or plastic (up to IP69K rated) housings with sensing distances up to 25 mm.

The sensors are cULus and CE approved.