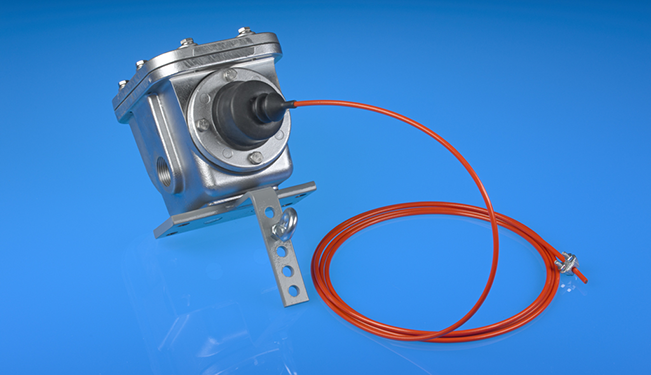 When a belt flap or tear, or a foreign obstruction such as a wrench or screwdriver or piece of rebar has pierced a conveyor belt, the cable releases the activation ball from its protective socket and trips the device.

The outputs of the model DB belt rip detector can control up to four separate circuits, depending on the model chosen, as either SP/DT or DP/DT microswitches are available.

The alarms can include one for machinery shutdown, which minimizes further conveyor belt damage, and one for alarm.

The protective rubber boot on the cable assembly keeps the activation mechanism clean and functional, the company says, and is easily replaced if damaged.