Endress+Hauser experienced strong growth across all regions, sectors and product areas in 2018. The ongoing digitalization of the industry and positive development on the international markets provided impetus. The group increased sales and profits, invested heavily and created hundreds of jobs worldwide.

“The bottom line is, 2018 was a good year for Endress+Hauser worldwide,” explained CEO Matthias Altendorf at the group’s annual media conference in Basel. The group increased net sales by 9.5 percent to €2.455 billion, despite facing strong headwinds from foreign exchange rates. Expressed in local currencies, sales grew by 12.7 percent.

Endress+Hauser got off to a good start in 2019. Incoming orders and net sales for the Group are tracking well above prior year levels. The company nonetheless expects this trend to cool off in the second half of the year. “We are still anticipating solid growth in the mid-single-digit range,” said Luc Schultheiss. According to the CFO, the company plans to invest €260 million this year, and assuming the business continues to perform well, 500 new jobs will be created worldwide. Endress+Hauser Canada has also recently announced construction of a $28 million Customer Service Centre for Burlington, ON.

U.S. moves to number one

The business was bolstered by a strong economy in the process automation sector. Continued high demand from private consumers, as well as recovering oil and raw material prices, contributed to the solid growth. After years of somewhat restrained investment activity, large-scale projects made a return. According to CFO Luc Schultheiss, Endress+Hauser’s performance “exceeded the industry average.”

Endress+Hauser made excellent progress in Europe. Business was dynamic even in Africa and the Middle East as well as in the Asia-Pacific region. The strongest growth was seen in the Americas, however. “After 65 years, the U.S. replaced Germany as our largest sales market,” reported Matthias Altendorf. China also grew at a double-digit pace. “If this trend continues, China could soon take over the top spot,” added the CEO.

Foreign exchange rate fluctuations not only slowed down sales growth, but also stifled cost structures, despite notable cost increases on the materials side. Operating profit (EBIT) increased by 31.4 percent to 330.6 million euros. Even though no one-off income was recognized in 2018, in contrast to the prior year, profit before taxes (EBT) still rose by 14.6 percent to 315.7 million euros. Return on sales (ROS) climbed 0.6 points to 12.9 percent.

Net income rose by 11.2 percent to 232.5 million euros, which reflects an effective tax rate of 26.4 percent which increased over the prior year due to a change in the composition of the profit. The equity ratio reached 71 percent, an increase of 0.8 points. The Group has no considerable bank liabilities.

Innovations for the digital age

Endress+Hauser’s growth was fueled by a number of innovations. The company brought 54 new products to the market last year. Research and development expenses climbed to €184.2 million, representing 7.5 percent of sales. The company filed 287 initial patents in 2018. At the end of the year, Endress+Hauser held nearly 7,800 patents and other intellectual property rights.

About one-third of the new patents were related to the IIoT, digital communications, diagnostics and electronics. “Digitalization is penetrating all areas,” emphasized Matthias Altendorf. Apart from 1,000 developers active in the Group’s centers of competence, various start-ups established by the Group are also busy working on products, solutions and services for the digital age. Endress+Hauser is furthermore collaborating closely with industry partners such as software specialist SAP.

A further driver of growth was process analysis. “The optical analyzer business performed extremely well,” said Matthias Altendorf. Endress+Hauser established a European support center for advanced analyzers in Lyon, France. The network of sales specialists in this area is growing in Europe. The CEO is hoping for additional impulses to spur this business area.

The positive development was reflected in the creation of numerous jobs. At the end of 2018, Endress+Hauser had a global workforce of 13,928, an increase of 629 over the prior year. Hiring was especially strong in production and production-related areas, as well as in the service units. The company created 200 new jobs in the Basel region of Switzerland alone.

Endress+Hauser invested nearly 750 million euros within a five-year period, “all of which the company financed through its own funds,” as CFO Luc Schultheiss pointed out. In 2018, €158.6 million flowed into buildings, machinery and IT. The two largest projects involve the expansion of the plants in Reinach, Switzerland and Maulburg, Germany. The group is also undertaking a large project in the US that will bundle the Gulf region sales, service and support organizations in Houston, Texas.

“As a family-owned company, sustainable development is important to us,” emphasized Matthias Altendorf. One of the strategic indicators is the annual EcoVadis benchmark, which assesses companies with respect to sustainability. In 2018 Endress+Hauser continued to improve, scoring 68 out of a possible 100 points to place in the top 5 percent of its comparison group. Endress+Hauser plans to use the EcoVadis platform to eventually evaluate its own suppliers.

“We feel it’s important for the future of Endress-Hauser to continue to have members of the shareholder family work at the company,” emphasized Klaus Endress, president of the Supervisory Board. “This strengthens the bonds between the family and the company.” A decision was thus made to allow members of the family to work at all levels within the company. The Family Charter provides clear guidelines; candidates who choose this path will receive close support from the Family Council. 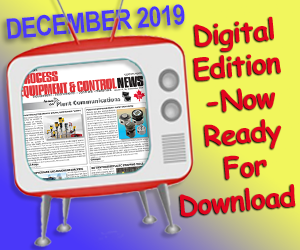 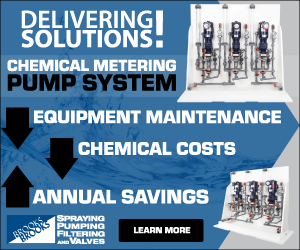 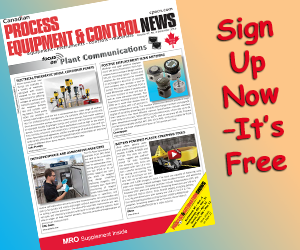