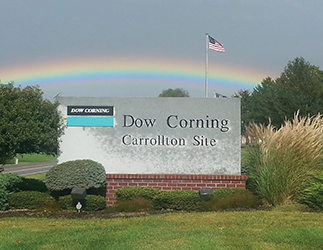 Carrollton, Kentucky, is the site of one of the largest silicone materials production facilities in the world. The site produces silicone fluids, blends, emulsions and intermediate materials. The materials produced at the Carrollton Site are used in many of Dow Corning’s 7,000 products.

Changing what already works can be more stressful than replacing what doesn’t; it is the “jumping out of a perfectly good airplane” of the modernization world. And yet, that is what the team from Dow Corning set out to do when components of its current Foxboro distributed control system — CP 40s and 100 Series I/O modules— were reaching the mature stage of their lifecycle. Although no serious fault had occurred, Dow Corning wanted to proactively prevent anything from happening. As such it planned to upgrade the legacy control and I/O Modules.

Because the speed of business continues to increase, many industrial assets are being pushed harder and harder, inching them closer and closer to their thresholds of reliability and safety. In short, today’s assets are under continuous strain, which can degrade their reliability and affecting the overall performance of the operation.

Not only do the risks of failure and subsequent safety incidents increase, operational profitability is likely to suffer through decreased throughput. By looking ahead and proactively upgrading to new technology, the team improved their operational efficiency, reliability and safety. This enabled additional OPEX savings because by reducing unplanned downtime (and thus lost revenue), they ensured the metaphoric trains continued to run on time. In short, they were able to improve the overall performance of their operations and drive additional throughput and profitability.

Tasked with ensuring their facility remains continuously current, Dow Corning wanted to provide transparent upgrades: keeping in place its human-machine interface and documentation so that, aside from faster results, the evolution was seamless for Dow Corning’s operators and engineers. Everything else was the same— with increased performance. With these requirements in mind, they sought out the Foxboro upgrade experts at Schneider Electric. 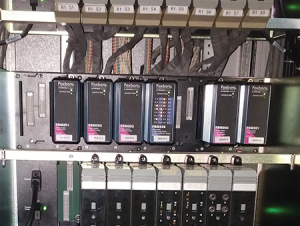 Originally concerned a systems rip-and-replace would be necessary, Dow Corning was pleased to learn they could more easily upgrade the systems in phases, which would prevent having to shut down all their systems and cease production for an extended period. Their existing infrastructure—nose cones, field wiring—and most of their software would remain in service. Schneider Electric and Dow Corning collaborated to draw up new metal 1×8 cabinets (to replace existing plastic IE32’s), housing the new 1×8 upgrade structures configured to match up with existing infrastructure (nose cones) for ease of install. These cabinets would also house the new, more powerful controllers. This plug-and-play approach sped up the timeline significantly, while reducing the CAPEX by about 50 percent.

When an unforeseen need required Dow Corning to enter a last-minute change request, the project team was able to adjust on the fly and complete the upgrade in half the time originally estimated, thereby avoiding a time crunch. “All of our pre-job investments paid off, as the system was up and running ahead of schedule,” said Dave Caldwell, tech centre Foxboro subject-matter expert for Dow Performance Silicones. “The initial timeline for the upgrade was far shorter than what a traditional approach would be, and the team still managed to complete it early, even completing a second 100 percent check-out in the field. Getting back online early granted us two full extra days of production.” The extra days of production led, of course, to more revenue.

What could have been a costly upgrade turned into a seamlessly executed project. It came in under budget and well under deadline.

“After working extensively with the team at Schneider Electric, we developed a strong action plan on the Schneider Electric floor — 100 percent factory acceptance testing prior to installation, with the products shipped boxed-up and ready to go,” according to Chris Wolfschlag, project manager, Dow Corning engineering solutions.

“Back at the plant each part to be replaced was labeled, as well as the execution of a great deal of pre-planning on our part. When the time finally came, we had one week to perform the upgrade, and everything was going as it should.” 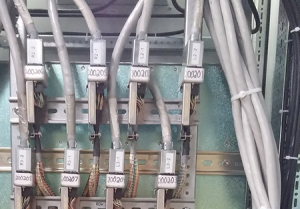 The most difficult part of modernizing an operation is often the decision to do it. But with solid planning and the help from a strong team, much of the risk can be mitigated. Maintaining a consistent user interface and engineering environment reduced the risk of human error as well as any training costs associated with a new platform.

Caldwell and Wolfschlag, through planning to execution, looked to the new EcoStruxure Foxboro system to improve the safety, efficiency and reliability of their operations. And as a result, enable Dow Corning to realize cost-savings and greater throughput, positioning themselves to drive measurable operational profitability improvements, safely.

EcoStruxure is Schneider Electric’s open, interoperable, IoT-enabled system architecture and platform. The platform was created to leverage advancements in IoT, mobility, sensing, cloud, analytics, and cybersecurity to deliver innovation at every level including connected products, edge control, and apps, analytics and services.

Mission-critical scenarios can be unpredictable, so control of devices at the edge of the IoT network is a must. This essential capability provides real-time solutions that enable local control at the edge, protecting safety and uptime. Ultimately, the solution of deploying EcoStruxure Plant, including EcoStruxure Foxboro DCS and modernization services at the Carrolton plant resulted in:

This article is from the Faster Time to Profit white paper supplied by Schneider Electric.