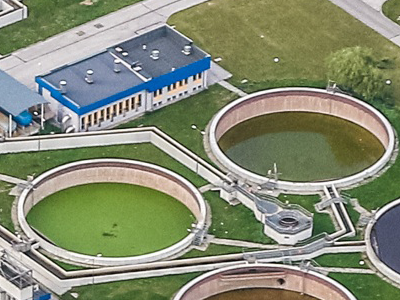 Strategic investments in modern water and wastewater infrastructure will play a key role in ensuring Nova Scotia and Newfoundland and Labrador residents have access to reliable services to support healthy communities.

The Federal Ministry of Transportation and Infrastructure announced more joint funding for drinking water and wastewater projects in 21 communities in Central Newfoundland and announced additional funding and the upcoming breaking of ground for a new wastewater treatment facility in the Town of Mulgrave, NS.

The Government of Canada is investing an additional $1.4 million in the Mulgrave project through the Rural and Northern Infrastructure Stream (RNIS) of the Investing in Canada program, for a total investment of $4,402,538. The Government of Nova Scotia is contributing more than $2.4 million to this project, with the Town of Mulgrave allocating over $489,000.

The new facility and the accompanying upgrades will benefit the community by increasing the ability to manage and treat wastewater and storm water, reducing overflows into nearby waterways.

Grand Falls-Windsor, NF, will see the construction of a new ultraviolet disinfection building. This new infrastructure will benefit the community by increasing its capacity to treat and manage wastewater while meeting the provincial effluent quality requirements. Residents of 9 other municipalities will also benefit from upgrades to their wastewater infrastructure including new and improved lift stations, and water and sewer main replacements.

In addition, 12 Newfoundland and Labrador municipalities will see improvements to their drinking water systems which include the rehabilitation and expansion of water supply mains and connections, new hydrants for improved fire safety, a new pump house building in the Town of Jackson’s Cove-Langdon’s Cove-Silverdale, and a new chlorination system in the Town of La Scie.

The Government of Canada is investing more than $5.5 million, and the Government of Newfoundland and Labrador is providing over $6.2 million in these projects through the Green Infrastructure Stream (GIS) of the Investing in Canada plan. The municipalities and communities are contributing more than $3.4 million towards their respective projects.