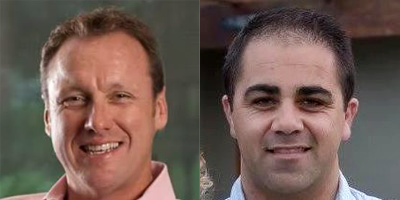 Hammond Power Solutions (HPS) a manufacturer of dry-type and cast resin transformers and related magnetics based in Guelph, ON, has announced the appointment of David Kinsella to the position of chief commercial officer effective August 1, 2022. Kinsella will succeed Dale Sidey who is retiring at the end of the year.

“On behalf of our Board of Directors and all of us here at Hammond Power Solutions, I thank Dale for his unwavering commitment and dedication in representing the Hammond brand in the marketplace along with his impressive career of growing our brand presence in North America throughout his nearly 41 years with HPS,” stated Bill Hammond, chairman and CEO of Hammond Power Solutions.

“Dale’s guidance has been especially critical as he helped lead our growth in the U.S. distribution business and recent introduction to the Mexico / Latin America region. I want to personally wish Dale all the best as he prepares for the next chapter of his life.”

Kinsella will be joining the Hammond Power Solutions Executive Team after 14 years with Affiliated Distributors (AD), most recently in the electrical sector, one of the oldest and largest divisions of AD representing over $18 billion in revenue, where he held the position of president driving value for members since 2008. Prior to his appointment to president in 2020, Kinsella held several leadership roles of increasing responsibility with a proven leadership track record of achievements of developing member engagements and building supplier relationships.

Prior to AD, he held the role of national sales manager with Intermatic Inc., a family owned electronic and electro-mechanical timing and controls manufacturer.