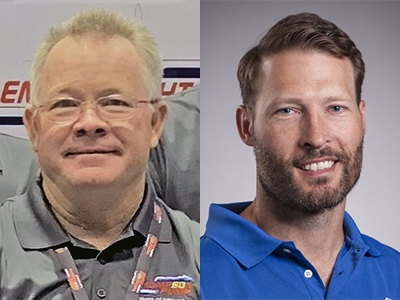 Bobby Zitzka (right, with Pat Broderick): “As the company continues to grow, I’m excited to help with several initiatives to take Thompson Pump to the next level as an industry leader, just like John always did.”

Farrell recently announced his retirement after 38 years at Thompson Pump. Hired as a purchasing agent, he then rose through the ranks to purchasing manager, regional sales manager and in 2002, he was promoted to vice president of Sales and Marketing. While with Thompson Pump, Farrell helped establish and grow partnerships with national rental companies, distributors, and vendors.

Farrell also travelled the world meeting with customers, attending trade show and growing Thompson Pump’s international and municipal business as well as its dealer and distributor network to more than 40 business partners across the U.S. and Canada.

Zitzka began his career at Thompson Pump in 2002 as the branch manager for the company’s owned rental branch in Orlando. After much success at the branch, including being named 2007 Branch Manager of the Year, Zitzka was promoted to national sales manager in 2013. He then moved to Thompson Pump’s corporate headquarters where he spent time with Farrell learning about the distribution network and national accounts. The men worked together to bring in additional large accounts, and Zitzka helped close the largest sale in company history. He is also part of Thompson Pump’s executive management team. 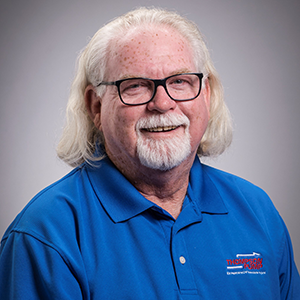 Retiring John Farrell: “I will miss being at Thompson Pump each day, but I will be keeping in touch and staying a part of the family.”

As Zitzka rises through the ranks at Thompson Pump so does Broderick. Broderick has been with the company for almost 20 years. He was hired as a sales and rental territory manager in the Midwest and helped expand Thompson Pumps reach beyond the East Coast and Gulf areas by starting the company’s owned Kansas City Branch in his barn.

With Broderick’s experience in the pump industry, he was able to grow the branch to a proper rental facility serving a large portion of the Midwest. In 2005 he was promoted to Regional Manager for the entire Midwest and West Coast Regions.

Thompson Pump and Manufacturing Company, a family-owned company celebrating more than 50 years in business, is a full-service manufacturer and provider of pumps, pumping equipment and engineering expertise for bypass pumping, dewatering, mining, and flood control.